Maniq men leave for work on motorbikes scrambling along the muddy dirt tracks.

Evidence suggests that the Maniq, a Negrito tribe of hunters and gatherers, have inhabited the Malay Peninsula for around 25,000 years. Today a population of approximately 350 maniq remain, marooned on a forest covered mountain range in Southern Thailand. Whilst some have left their traditional life forming small villages, the majority still live the way they have for millennia, moving around the forest following food sources.

Quiet and reclusive they are little known even in Thailand itself but due to rapid deforestation they are finding it harder to survive on the forest alone and are slowly being forced to move to its peripheries closer to Thai communities. 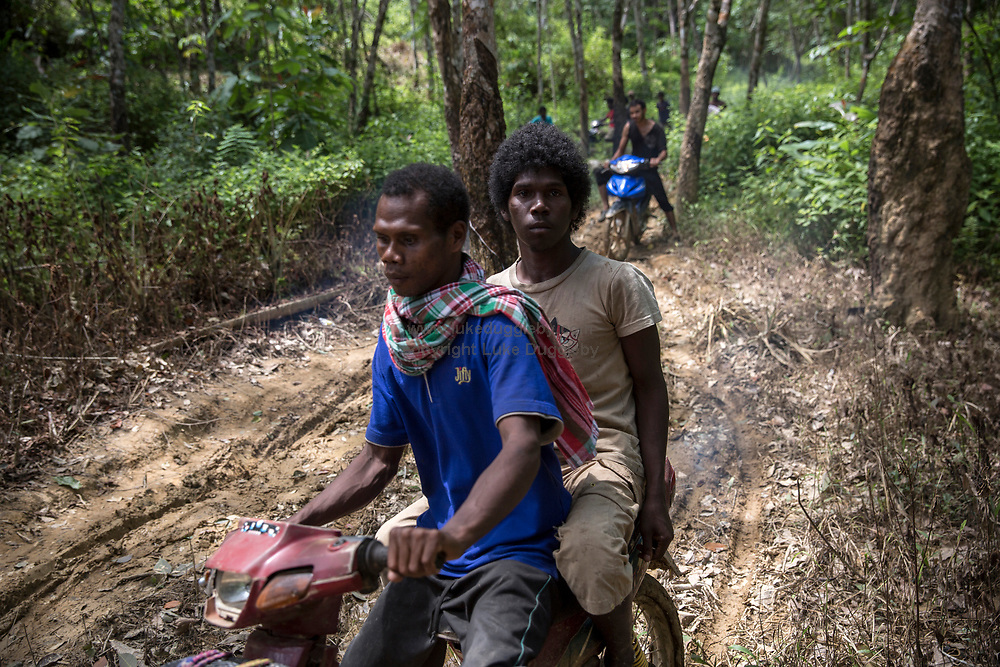